Omotesandō (frontal approach) is a zelkova tree-lined avenue located in Shibuya and Minato, Tokyo, stretching from the entrance to the Meiji Shrine, to Aoyama-dori (Aoyama Street) where Omotesandō Station can be found.

Takeshita Street (Takeshita-dōri) is a pedestrian shopping street lined with fashion boutiques, cafes and restaurants in Harajuku in Tokyo. Stores on Takeshita Street include major chains such as The Body Shop, McDonald’s, and 7-Eleven, but most of the businesses are small independent shops that carry an array of styles. The shops on this street are often a bellwether for broader fads, and some are known as “antenna shops,” which manufacturers seed with prototypes for test-marketing. (20min.)

ERF guide hosts a dinner at Japanese style casual restraunt in Shinjuku. Stay the 2nd night at a hotel in Shinjuku.

Early departure from hotel at 7:00 for Ryogoku. Take a railroad to Ryogoku station.

At the sumo stable, we can sit in the training room and enjoy seeing the exciting morning training near the sumo wrestlers. (60min.)

Asakusa is a district in Taitō, Tokyo, Japan, famous for the Sensō-ji, a Buddhist temple dedicated to the bodhisattva Kannon. There are several other temples in Asakusa, as well as various festivals, such as the Sanja Matsuri.( 120min. incluing a lunch)

Akihabara gained the nickname Akihabara Electric Town shortly after World War II for being a major shopping center for household electronic goods and the post-war black market. Nowadays, Akihabara is considered by many to be an otaku cultural center and a shopping district for video games, anime, manga, and computer goods. Icons from popular anime and manga are displayed prominently on the shops in the area, and numerous maid cafés are found throughout the district. (Stay around 30min.)

Kabukichō is an entertainment district in Shinjuku, Tokyo. Kabukichō is the location of many host and hostess clubs, shops, restaurants, and nightclubs, and is often called the “Sleepless Town” . Other than those entertainments, it is actually a place that offers plenty of other attractions to the tourists that visit it. A perfect example of such attractions is the Samurai Museum. (60min.)

ERF guide hosts a dinner at Japanese style casual restraunt in Shinjuku. Stay the 3rd night at a hotel in Shinjuku.

The Tokyo Imperial Palace is the primary residence of the Emperor of Japan. It is a large park-like area located in the Chiyoda ward of Tokyo and contains buildings including the main palace, the private residences of the Imperial Family, an archive, museums and administrative offices.It is built on the site of the old Edo Castle. The total area including the gardens is 1.15 square kilometres (0.44 sq mi). During the height of the 1980s Japanese property bubble, the palace grounds were valued by some to be more than the value of all of the real estate in the state of California.(80min.)

The Shinkansen, colloquially known in English as the bullet train, is a network of high-speed railway lines in Japan. Initially built to connect distant Japanese regions with Tokyo, the capital, in order to aid economic growth and development, beyond long-distance travel it is now also used as a commuter rail network. It is operated by five Japan Railways Group companies.

Stay at a hotel in Kyoto as the 4th night.

Kiyomizu temple is an independent Buddhist temple in eastern Kyoto. The temple is part of the Historic Monuments of Ancient Kyoto (Kyoto, Uji and Otsu Cities) UNESCO World Heritage site.(30min.)

Take a walk to Yasaka shrine.(10min.)

Yasaka Shrine (Yasaka-jinja), once called Gion Shrine (Gion-jinja), is a Shinto shrine in the Gion District of Kyoto, Japan. Situated at the east end of Shijō-dōri (Fourth Avenue), the shrine includes several buildings, including gates, a main hall and a stage. (20min.)
Take a taxi to Heian shrine.(20min.)

The Heian Shrine (Heian-jingū) is a Shinto shrine located in Sakyō-ku, Kyoto. The Shrine is ranked as a Beppyō Jinja (the top rank for shrines) by the Association of Shinto Shrines. It is listed as an important cultural property of Japan.(30min.)

Ginkaku-ji (“Temple of the Silver Pavilion”), officially named Jishō-ji (“Temple of Shining Mercy”), is a Zen temple in the Sakyo ward of Kyoto, Japan. It is one of the constructions that represents the Higashiyama Culture of the Muromachi period.(60min.)

Kinkaku-ji (“Temple of the Golden Pavilion”), officially named Rokuon-ji (“Deer Garden Temple”), is a Zen Buddhist temple in Kyoto, Japan.It is one of the most popular buildings in Japan, attracting a large number of visitors annually.It is designated as a National Special Historic Site and a National Special Landscape, and it is one of 17 locations making up the Historic Monuments of Ancient Kyoto which are World Heritage Sites.(60min.)

Back to the hotel.

Stay at a hotel in Kyoto as the 5th night.

Fushimi Inari Taisha is the head shrine of the god Inari, located in Fushimi Ward in Kyoto. The shrine sits at the base of a mountain also named Inari which is 233 metres (764 ft) above sea level, and includes trails up the mountain to many smaller shrines which span 4 kilometres (2.5 mi) and take approximately 2 hours to walk up.(80min.)

Tōdai-ji (Eastern Great Temple) is a Buddhist temple complex that was once one of the powerful Seven Great Temples, located in the city of Nara, Japan. Its Great Buddha Hall (Daibutsuden) houses the world’s largest bronze statue of the Buddha Vairocana,known in Japanese as Daibutsu. The temple also serves as the Japanese headquarters of the Kegon school of Buddhism. The temple is a listed UNESCO World Heritage Site as one of the “Historic Monuments of Ancient Nara”, together with seven other sites including temples, shrines and places in the city of Nara. Deer, regarded as messengers of the gods in the Shinto religion, roam the grounds freely.(30min.)

Take a walk to Kasuga-taisha.(5min.)

Kasuga Grand Shrine (Kasuga-taisha) is a Shinto shrine in the city of Nara, in Nara Prefecture, Japan. Established in 768 CE and rebuilt several times over the centuries, it is the shrine of the Fujiwara family. The interior is famous for its many bronze lanterns, as well as the many stone lanterns that lead up the shrine.(30min.)

Take a walk to Kasuga-taisha.(5min.)

Kōfuku-ji is a Buddhist temple that was once one of the powerful Seven Great Temples, in the city of Nara, Japan. The temple is the national headquarters of the Hossō school and is one of the eight Historic Monuments of Ancient Nara inscribed on the UNESCO World Heritage List.(20min.)

Stay at a hotel in Osaka as the 6th night.

Osaka Castle (Ōsaka-jō) is a Japanese castle in Chūō-ku, Osaka, Japan. The castle is one of Japan’s most famous landmarks and it played a major role in the unification of Japan during the sixteenth century of the Azuchi-Momoyama period.(60min.)

Dōtonbori or Dōtombori is one of the principal tourist destinations in Osaka, running along the Dōtonbori canal from Dōtonboribashi Bridge to Nipponbashi Bridge in the Namba district of the city’s Chuo ward. Historically a theater district, it is now a popular nightlife and entertainment area characterized by its eccentric atmosphere and large illuminated signboards.One of the area’s most prominent features, a billboard for confectionery company Glico displaying the image of a runner crossing a finishing line, is seen as an icon of Osaka within Japan.

Go back to Tokyo by Shinkansen (3hrs.)

Stay at a hotel located in Narita(NRT) or Haneda(HND) area. (the 7th night)

Transfer by Hotel free shuttle bus to NRT airport for your onward flight. 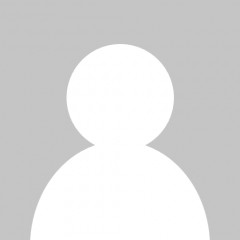