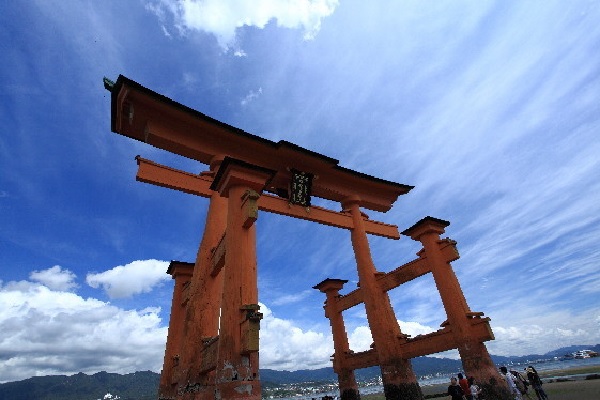 Depart Your Home for Tokyo, Japan

Welcome to Japan!   We, ERF will pick you up at the arrival gate and take you to the hotel via limousine bus.

We, ERF will meet you at the hotel for your dinner. (Welcome dinner)

Take a walk to Tokyo Metropolitan Government Office Building.(15min.) The 243 meter tall building has two towers, and each houses an observatory at a height of 202 meters. Good panoramic views of Tokyo are front of you. Famous landmarks such as Mount Fuji, the Tokyo Skytree, Tokyo Tower, Meiji Shrine and the Tokyo Dome can be seen from the observatories. (40min. – 60min.)

The Tokyo Imperial Palace is the primary residence of the Emperor of Japan. It is a large park-like area located in the Chiyoda ward of Tokyo and contains buildings including the main palace, the private residences of the Imperial Family, an archive, museums and administrative offices.It is built on the site of the old Edo Castle. The total area including the gardens is 1.15 square kilometres (0.44 sq mi). During the height of the 1980s Japanese property bubble, the palace grounds were valued by some to be more than the value of all of the real estate in the state of California.

Ueno is a district in Tokyo’s Taitō Ward, best known as the home of Ueno Park.
Ueno is also home to some of Tokyo’s finest cultural sites, including the Tokyo National Museum,
the National Museum of Western Art, and the National Museum of Nature and Science, as well as a major public concert hall.  Many Buddhist temples are in the area, including the Bentendo temple dedicated to goddess Benzaiten, on an island in Shinobazu Pond. The Kan’ei-ji, a major temple of the Tokugawa shōguns, stood in this area, and its pagoda is now within the grounds of the Ueno Zoo.

Asakusa is a district in Taitō, Tokyo, Japan, famous for the Sensō-ji, a Buddhist temple dedicated to the bodhisattva Kannon. There are several other temples in Asakusa, as well as various festivals, such as the Sanja Matsuri.

Kiyomizu temple is an independent Buddhist temple in eastern Kyoto. The temple is part of the Historic Monuments of Ancient Kyoto (Kyoto, Uji and Otsu Cities) UNESCO World Heritage site.

Yasaka Shrine (Yasaka-jinja), once called Gion Shrine (Gion-jinja), is a Shinto shrine in the Gion District of Kyoto, Japan. Situated at the east end of Shijō-dōri (Fourth Avenue), the shrine includes several buildings, including gates, a main hall and a stage.

Kinkaku-ji (“Temple of the Golden Pavilion”), officially named Rokuon-ji (“Deer Garden Temple”), is a Zen Buddhist temple in Kyoto, Japan.It is one of the most popular buildings in Japan, attracting a large number of visitors annually.It is designated as a National Special Historic Site and a National Special Landscape, and it is one of 17 locations making up the Historic Monuments of Ancient Kyoto which are World Heritage Sites.

Hiroshima Peace Memorial Park is a memorial park in the center of Hiroshima, Japan.
It is dedicated to the legacy of Hiroshima as the first city in the world to suffer a nuclear attack, and to the memories of the bomb’s direct and indirect victims (of whom there may have been as many as 140,000).
The Hiroshima Peace Memorial Park is visited by thousands of people each year. The park is there in memory of the victims of the nuclear attack on August 6, 1945. On August 6,1945 the US dropped an atomic bomb on Hiroshima Japan.

Itsukushima Shrine is a Shinto shrine on the island of Itsukushima (popularly known as Miyajima), best known for its “floating” torii gate. It is in the city of Hatsukaichi in Hiroshima Prefecture in Japan. The shrine complex is listed as a UNESCO World Heritage Site, and the Japanese government has designated several buildings and possessions as National Treasures.

Miho no Matsubara is a scenic area on the Miho Peninsula in Shimizu Ward of Shizuoka City, Japan. Its seven-kilometre seashore is lined with pine trees. It is the location of the legend upon which the Noh drama Hagoromo is based; on the second Saturday and Sunday of October, the city of Shizuoka holds a Hagoromo Festival and a performance of the Noh drama takes place near the pine tree of the legend.

The Kunō-zan Tōshō-gū is a Shintō shrine in Suruga-ku in the city of Shizuoka in Shizuoka Prefecture, Japan. It is the original burial place of the first shōgun of the Tokugawa shogunate, Tokugawa Ieyasu, and is thus the oldest of the Tōshō-gū shrines in the country.

The Nihondaira Ropeway is Japanese aerial lift line in the city of Shizuoka in Shizuoka Prefecture, operated by Shizuoka Railway. Opened in 1967, the line climbs Nihondaira, a hill with views of the city, Suruga Bay, and Mount Fuji.

Meiji Shrine (Meiji Jingū), located in Shibuya, Tokyo, is the Shinto shrine that is dedicated to the deified spirits of Emperor Meiji and his wife, Empress Shōken.The shrine does not contain the emperor’s grave, which is located at Fushimi-momoyama, south of Kyoto.(40min. – 60min.)

Take a walk to Omotesando. (5min.)

Omotesandō (frontal approach) is a zelkova tree-lined avenue located in Shibuya and Minato, Tokyo, stretching from the entrance to the Meiji Shrine, to Aoyama-dori (Aoyama Street) where Omotesandō Station can be found.

Takeshita Street (Takeshita-dōri) is a pedestrian shopping street lined with fashion boutiques, cafes and restaurants in Harajuku in Tokyo. Stores on Takeshita Street include major chains such as The Body Shop, McDonald’s, and 7-Eleven, but most of the businesses are small independent shops that carry an array of styles. The shops on this street are often a bellwether for broader fads, and some are known as “antenna shops,” which manufacturers seed with prototypes for test-marketing.

Transfer by Hotel free shuttle bus to NRT airport for your onward flight.